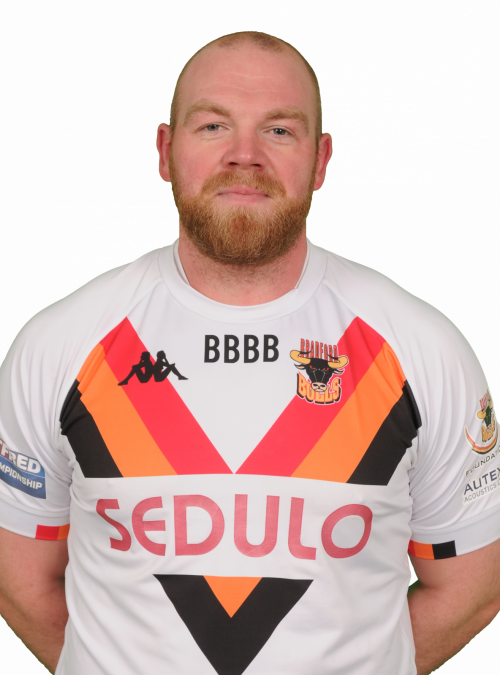 Bradford born prop Crossley rejoined the club from Toronto Wolfpack in October 2017 and was made club captain for the 2018 season.

He was an ever present figure in the Bradford Bulls team during both seasons, making a combined appearance total of 55 games, scoring 12 tries.

Crossley signed a one year extension to his contract taking his stay at the Bulls up-to 2021.

Steve Crossley will be sponsored by The Top House in 2020.