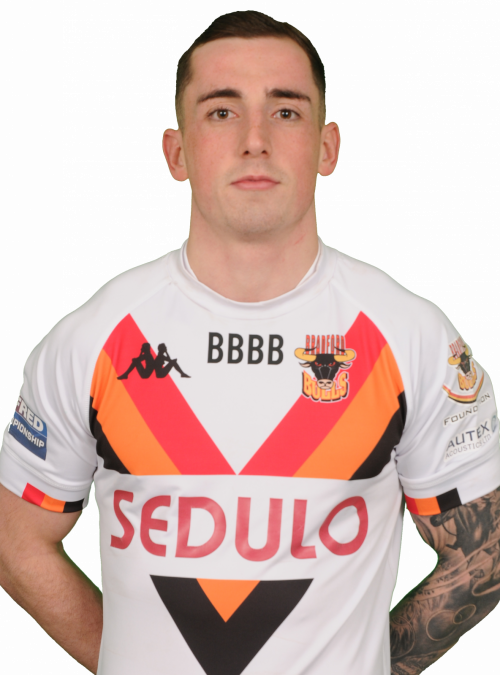 The Bradford-born full-back made his professional debut against Toulouse in 2017, having graduated from the club's Academy and went on to make four senior appearances that season.

The 22-year-old enjoyed a fruitful 2018 under John Kear - as he adopted the full-back position alongside Gregg McNally, who he would replace in 2019.

The former Stanningley amateur received the famous number 1 jersey worn by the likes of Brett Kearney and Michael Withers over previous years and rewarded Kear's faith with nine tries in 21 appearances last year.

The full-back, who can also feature in the halves, has just past his 50th career appearance and scored in the Round Three clash with Featherstone Rovers.

Brandon will be sponsored by Stuart Readyhough @ Maclean and Company Accountants in 2020.