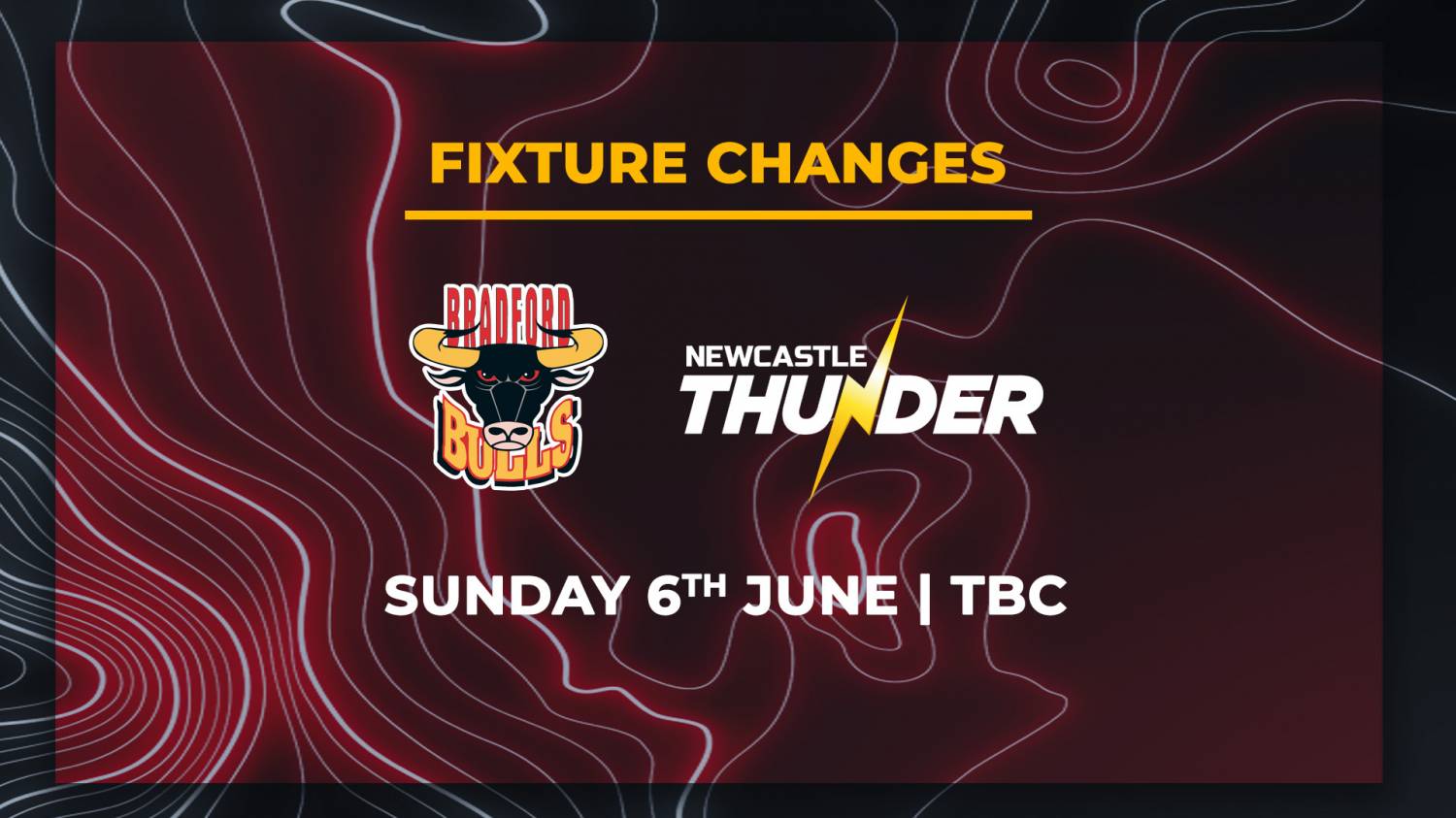 BRADFORD Bulls and Newcastle Thunder can confirm that their Betfred Championship Round Six clash will now take place on Sunday 6th June which is a free weekend for both clubs. The kick off time will be advised in due course.

“Both the Bradford Bulls and Newcastle Thunder came to an agreement that the fixture should be slightly pushed back to allow it to take place on a Sunday rather than on a Monday evening. It will give us the best chance of getting as many spectators as possible into the ground.

“There was also an issue not being able to stream the game on the May 17th date with the fixture clashing with Super League on Sky so the decision was made with the best interest of our supporters at heart.

More details regarding ticketing for the game will be released in due course, as we wait for further information on the back of the Government’s announcement this evening.

We would like to thank Newcastle Thunder for their co-operation regarding the matter.