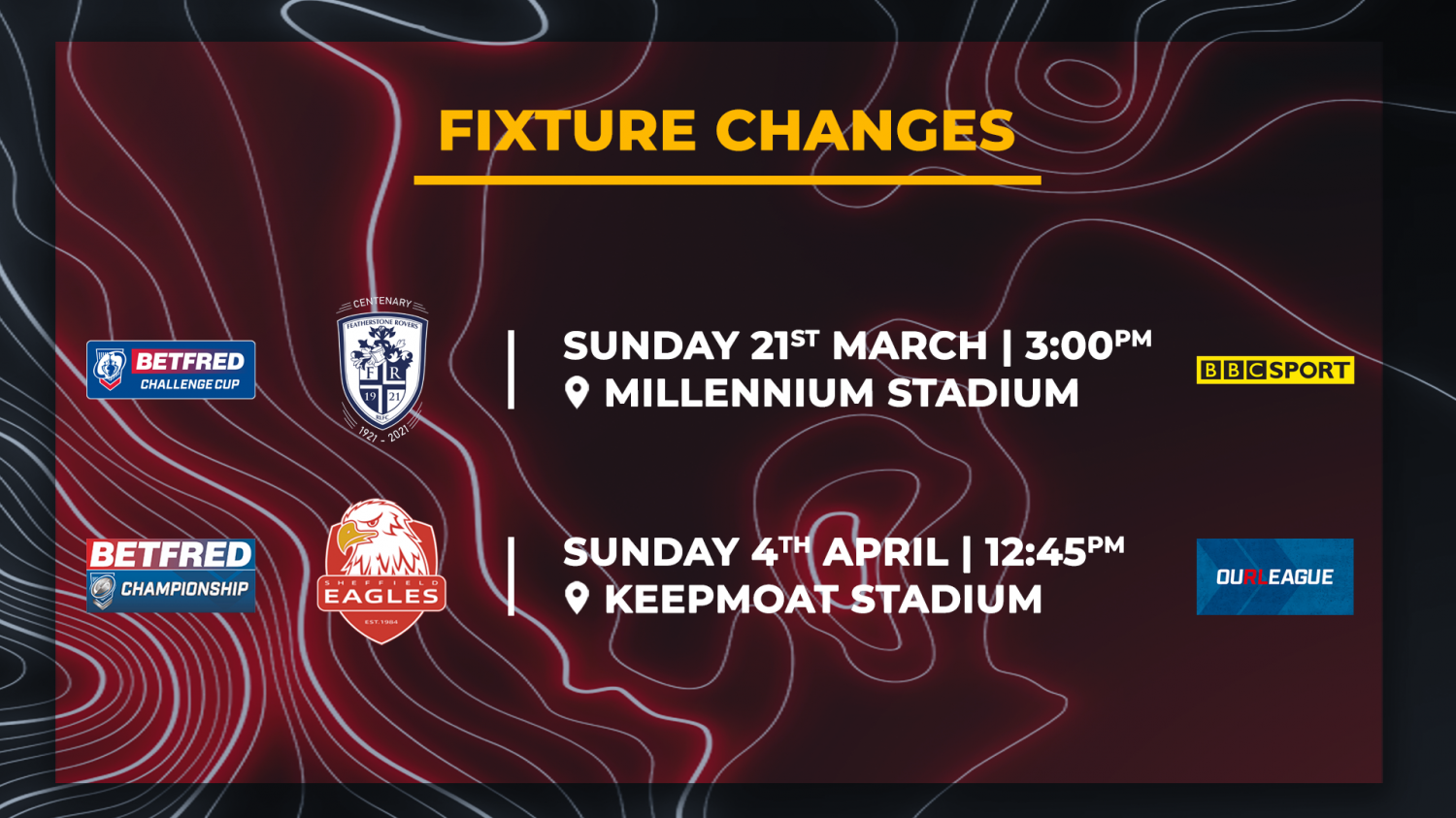 WE can this morning confirm fixture changes for our trips to tackle Featherstone Rovers and Sheffield Eagles - and also reveal streaming details for the upcoming campaign!

Our Betfred Challenge Cup Round One trip to the Milennium Stadium is being streamed LIVE on the BBC - with kick-off 3:00pm on Sunday 21st March.

The Betfred Championship opener against Sheffield Eagles will be streamed on OurLeague - with kick-off 12:45pm at the Keepmoat Stadium on Sunday 4th April.

Our League fixtures will be free to season ticket holders of the home club.

Season Ticket Holders will receive their access codes ahead of the first fixture directly from their club.

Other Rugby League fans – including supporters of the away club – will be able to secure the live coverage for an Early Bird price of £4.95, which increases to £10 on the day of the match.

A Day Pass will cost £15 and secure live coverage of all fixtures on a given day (for example four Betfred Challenge Cup ties on Saturday March 20).

A Weekend Pass will cost £20 and secure live coverage of all the matches being shown on Our League in a full round (for example five of the eight Betfred Challenge Cup ties on March 20-21, and all seven matches in Round One of the Betfred Championship from April 2-4).

For full details and to buy your tickets, click here : https://www.rugby-league.com/livestream