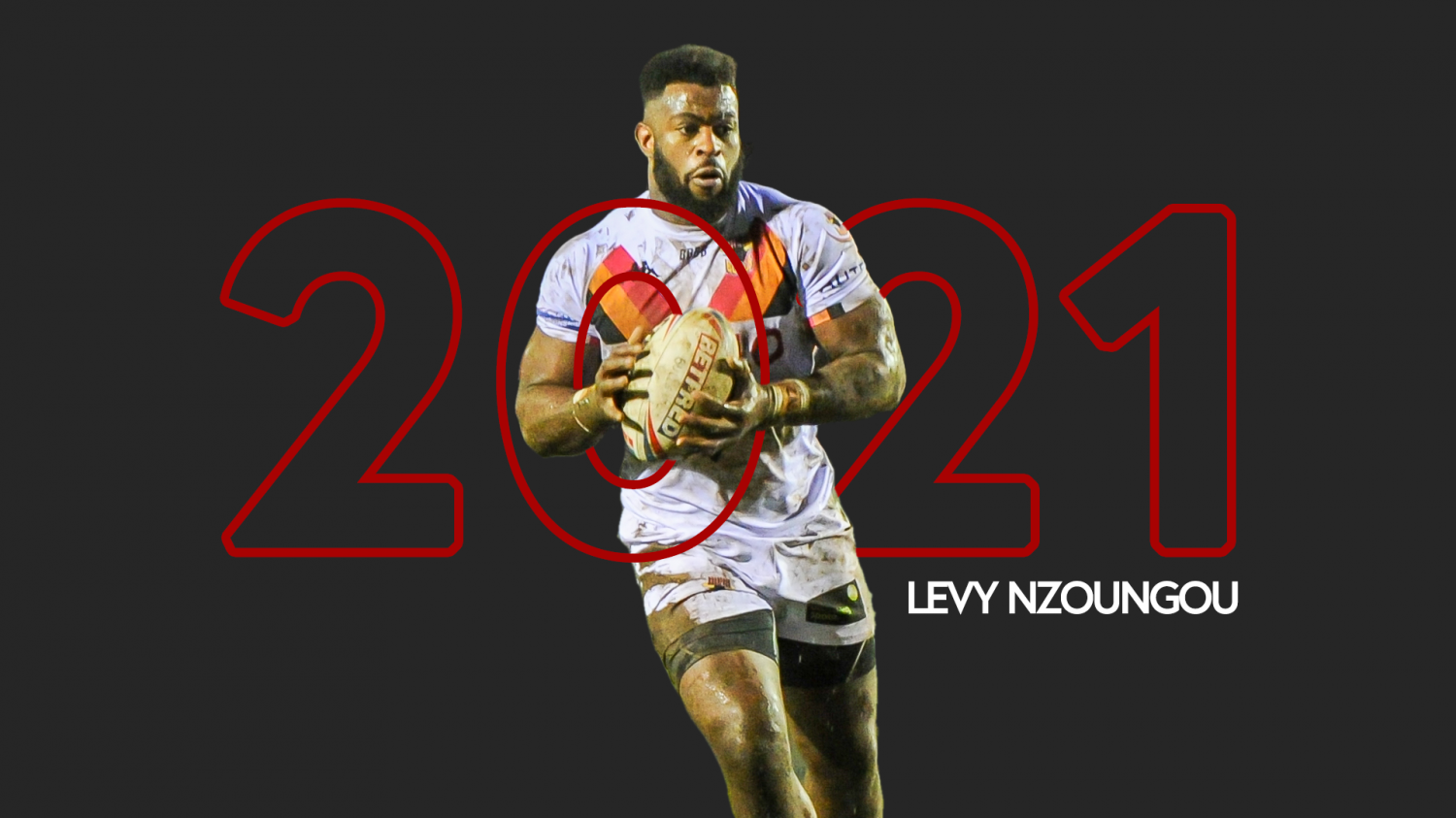 WE are delighted to confirm Levy Nzoungou has become the latest player to commit his future to the club – penning a new one-year deal!

The powerful 22-year-old arrived at the club from French Elite side Albi Tigers prior to the start of the 2020 season.

A former Hull FC and Salford Red Devils star, Nzoungou powered his way over for his first try in the red, amber and black in February’s Challenge Cup defeat of Underbank Rangers.

Bradford boss John Kear believes the forward was beginning to showcase the form that led to his capture prior to the season’s curtailment in March.

“I am really pleased he has signed because we thought we had unearthed a bit of a gem when he first came to the club and I think he was proving to be so in the games he played,” said Kear, who is sponsored by Bradford Bulls Banter.

“He was visibly getting better game by game and the game against Sheffield [Eagles] I thought he was outstanding and with that in mind, we want to help him improve further and contribute greatly to our team.

“We were getting used to each other as a group and as the team’s performances and results improved so did Levy’s.

“We are just hoping that when we do return, that he is back to that level he was at and I think his form pre-lockdown will give him confidence coming back.”

Stay tuned for an exclusive interview with the powerhouse on the club’s official website tomorrow...