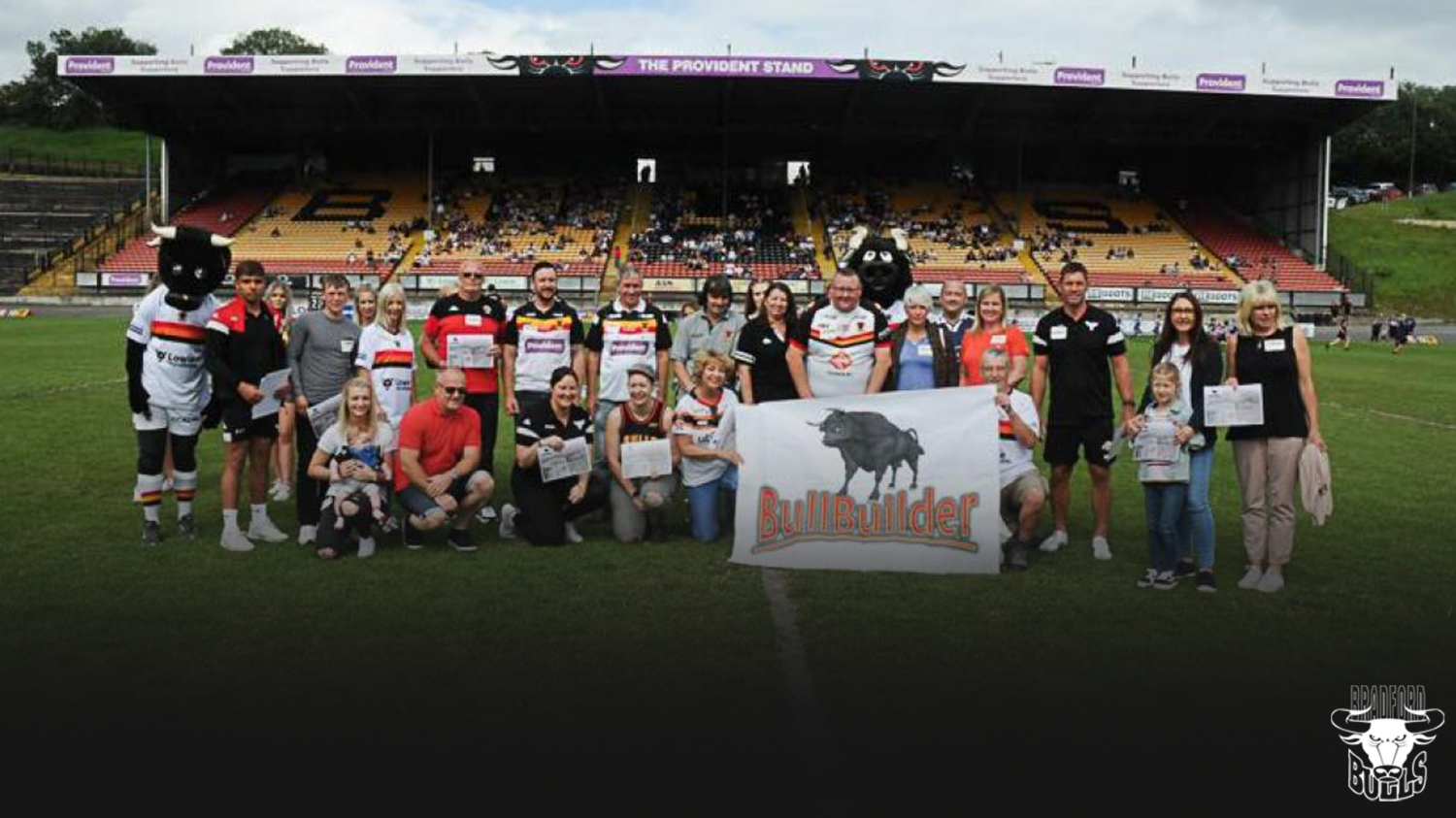 “I would like to take this opportunity to thank Bull Builder and all its members and supporters for your outstanding contribution and support over the last ten years which has provided equipment for training, in the gym, classroom and on the field. Providing medical equipment and supporting the wellbeing of our junior players, this has had and will continue to have a massive impact on the development of our players, on behalf of all the players and staff once again a massive thank you to you all.”

BullBuilder has raised over £ 67,000 in the past four years and has made significant grants comprising:

This has only been possible due to the generosity of members, money is raised from events and donations, events have included, Summer Ball, Quiz and Race Nights, Sponsored Events.

It’s great to see so many young players graduating to the next level.  One of the most rewarding aspects of supporting BullBuilder is seeing the progression of players from the youth system into the first team Ross Oakes, Liam Kirk, Bradley Gallagher, Brandon Pickersgill, Ebon Scurr,  Rowan Milnes, Joe Brown the list goes on.

The Bradford Bulls Academy has famously supplied some of the best players in Rugby League, including the Burgess boys, Elliot Whitehead, John Bateman, Jake Truman, James Bentley, Tom Olbison to name a few.

BullBuilder Board has made and continues to make significant changes to reflect the support it provides to support the development of young players, these include:

Introducing a Welfare Policy/Procedure, requests have included providing funding for medical support eg: funding head injury assessments, financial support if young player or their family do not have the means eg: funds to provide boots etc.  These requests are made by the Head of Youth and are treated in confidence, grants/donations are reflected in our accounts.

Reflecting the changes in regulations surrounding the Academy, this will become an Under 18’s competition rather than Under 19’s and the introduction Women’s Under 18’s.

Recognising and encouraging young player’s achievements within the sport and personal development, with a variety of awards eg: Player of the Month, Player of the Year and Academic Achievement, etc.

BullBuilder continue to make further significant contributions towards the club’s Scholarship and Academy in 2020. By making this financial contribution BullBuilder will be continuing to provide additional support to the Bulls Academy and Youth Development.

To find out more about BullBuilder and how to join for as little as £10 a year please visit https://membermojo.co.uk/bullb...

Or if anyone wishes to make a donation to BullBuilder to support young player development http://www.bullbuilder.co.uk/d...

Bullbuilder has been a vital part of our Youth Development programme ensuring that our Youth Department can provide the best possible environment in which to help our young players develop as players and most importantly as people.

Without their consistent support in what has been some difficult years for the club it would not have been possible for this to happen and for that I would like to thank all involved and if you are thinking of joining Bullbuilder please do not hesitate to do so as it really does make a difference.