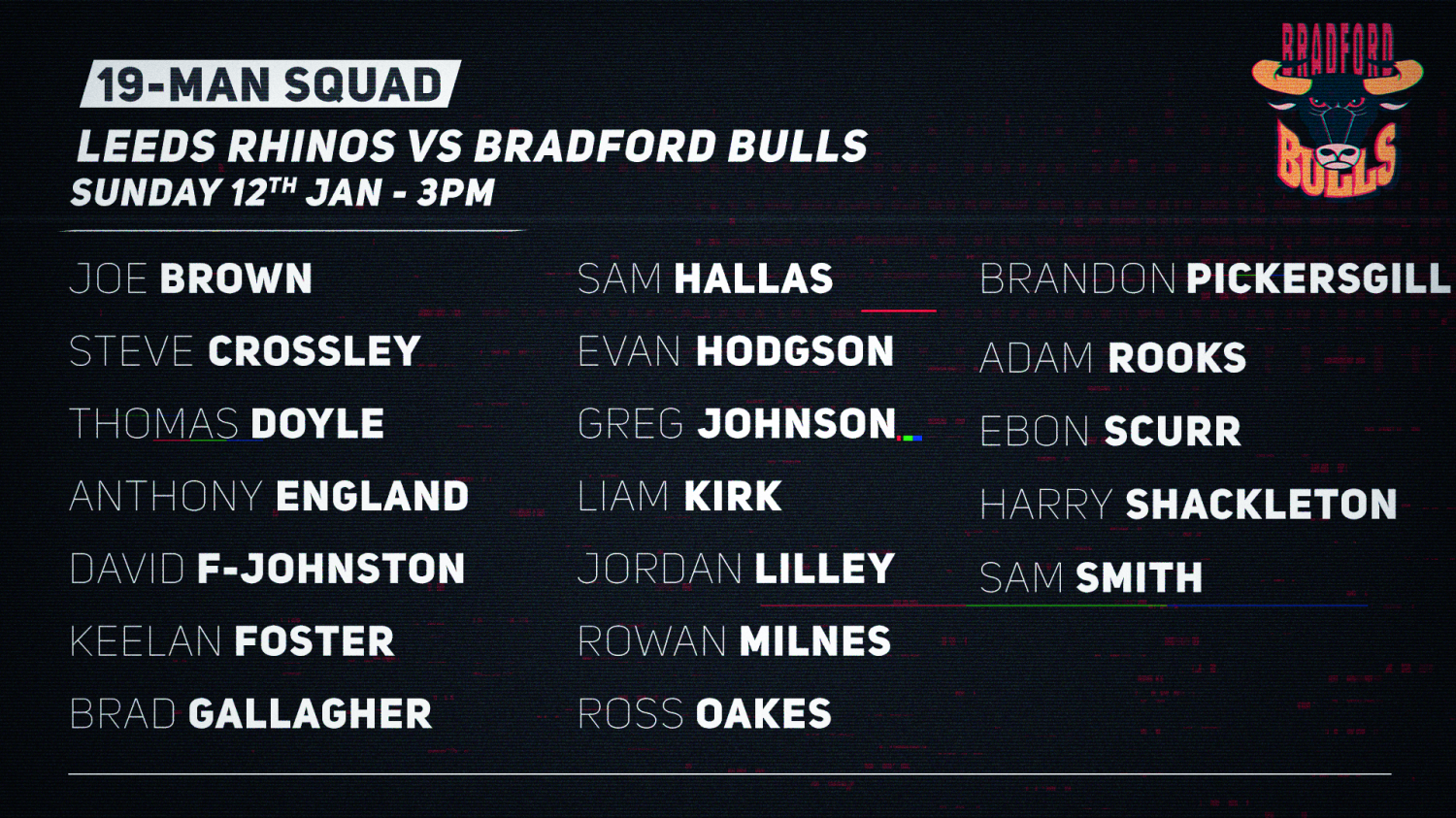 JOHN Kear has named his squad to make the short trip to the Emerald Headingley Stadium this weekend - with Evan Hodgson set to make his return from injury for his first appearance of pre-season!

Liam Kirk has passed his Return To Play protocol following his withdrawal through concussion against Castleford, with Hodgson returning from a knee injury.