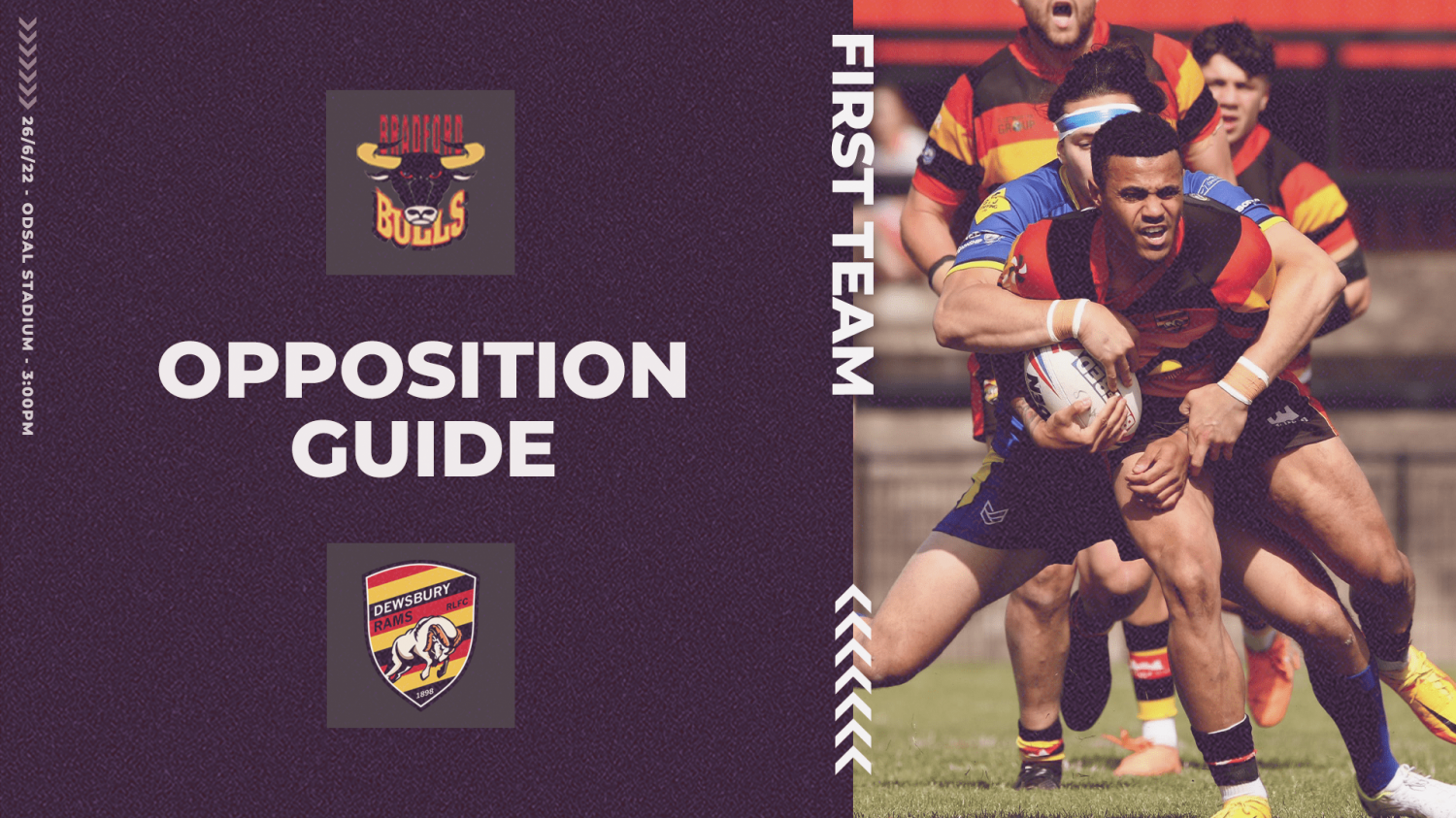 Ahead of Sunday's Round 16 clash, we take an in-depth look at our opposition, Dewsbury Rams!

- Dewsbury head into this game currently second bottom of the table after a run of recent losses.

- The Yorkshire side have currently lost their last six, with the most recent vs Championship strugglers London Broncos, this being a blow to their survival hopes.

- Despite their struggles, Dewsbury boast a number of highly experienced Championship names, such as Jason Walton, Paul Sykes and Dale Ferguson.

- Paul Sykes, the most famous name at Dewsbury formed a partnership with fellow experienced half Matty Beherall which saw them come close in a number of games this season.

-  Liam Finn has recently taken over the reigns at Dewsbury after the departure of Lee Greenwood.

-  The 38 year old ended his playing career at the club last season, and takes his first head coach role in Rugby League.

- There are a number of connections within the Dewsbury Squad, with Ross Peltier being the most well known.

- The powerhouse prop was a key figure in the 2018 squad that was promoted from League 1 and quickly became a cult hero among the Bradford fans.

- A few more connections include Jon Magrin, who played for the club during 2017 and 2019, and also Reiss Butterworth who came through the club's academy system.

- Dewsbury Rams play their home games at The Tetley's Stadium, which has a capacity of 5,100.

- Bradford won their last game at the stadium, back in January on the opening day.

- Last time the two sides met, Bradford demolished Dewsbury 46-16, with a number of different try scorers on the day as we totalled our highest points tally of the season.

In 2021, we also beat Dewsbury at the Tetley's Stadium 35-14, a Danny Brough masterclass helping us to the victory on the day.