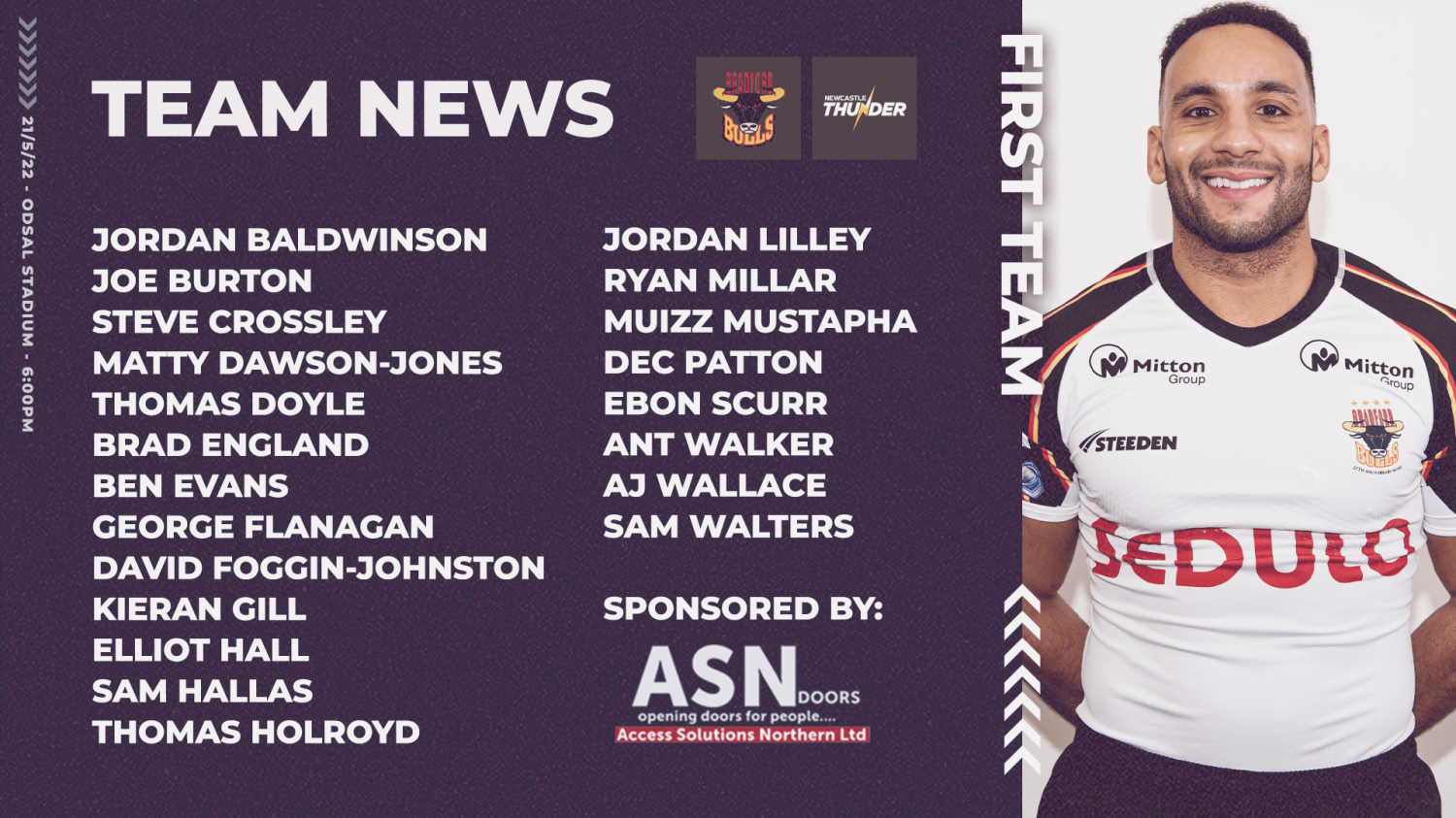 Ben Evans returns to the fold having served his one match suspension.

Book your ticket NOW and SAVE on Matchday Admission prices! Everyone who attends will receive a FREE ticket to June's 80s Festival at Odsal Stadium featuring the likes of Martin Kemp, Sister Sledge and The Fizz!