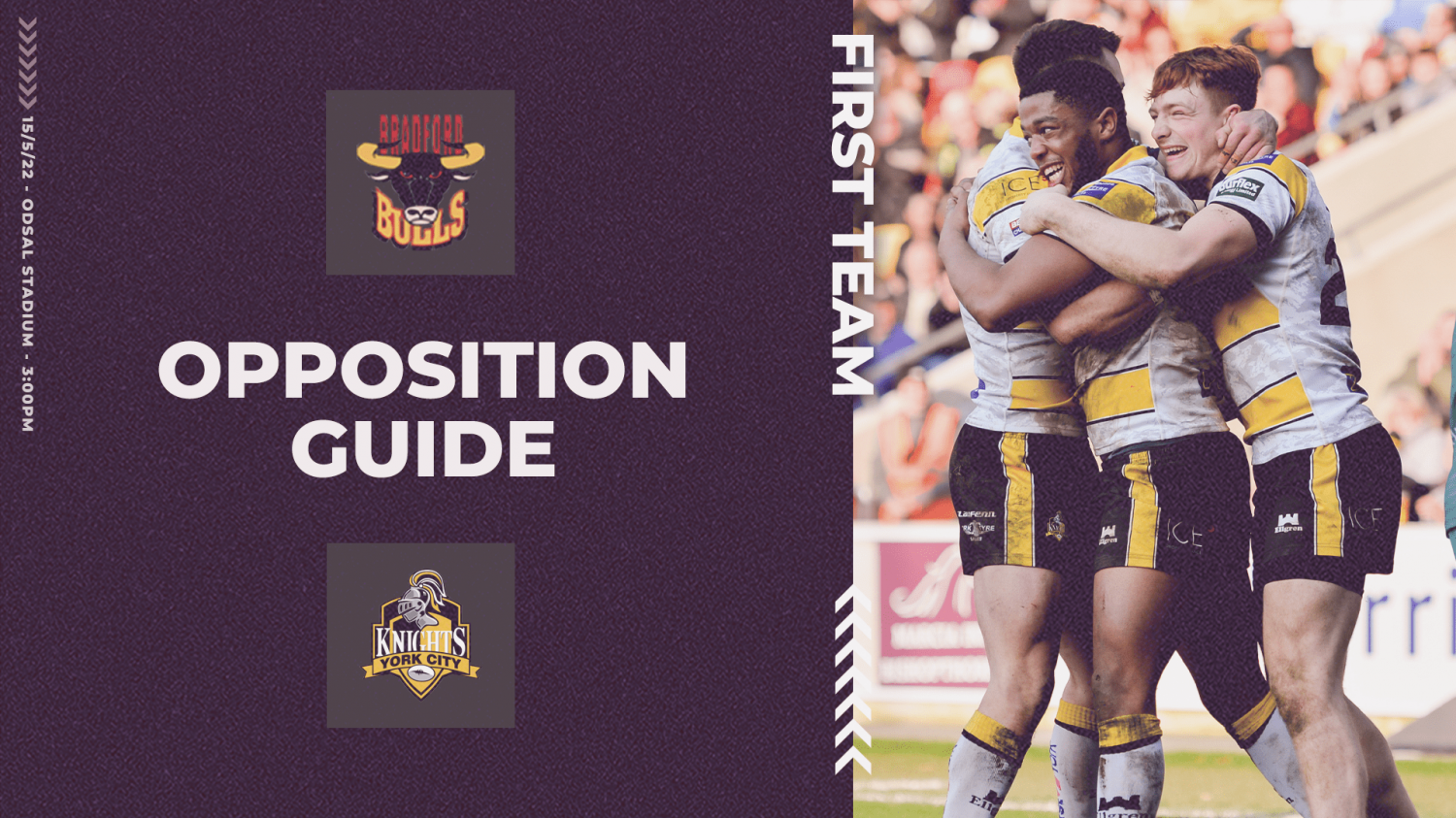 Ahead of this Sunday's Betfred Championship Round 11 clash, we take a look at our opponents - York City Knights!

- York City Knights head into this weekend's clash at Odsal Stadium on the back of five successive Betfred Championship victories and sit third in the league ladder.

- Their most recent victory came over Barrow Raiders at Craven Park - with former Bull Joe Brown setting the Knights to a 30-18 victory.

- The City Knights roster went through wholesale changes having missed out on the Betfred Championship play-offs in 2021 - with experienced half-back duo Jamie Ellis and Liam Harris joining the club from Leigh Centurions and Halifax Panthers respectively.

- Will Oakes, Jacob Ogden, Joe Brown and James Glover are all new additions to the back line - with Masi Matongo a new face in the engine room.

-  York City Knights are coached by James Ford, who has been at the club since 2015 and was in charge as they finished top of Betfred League One in 2018.

-  Ford spent 12 years as a player for a number of Betfred Championship sides including the Knights, with whom he ended his playing career.

- The aforementioned Joe Brown and Masi Matongo have both donned the red, amber and black previously - the latter featuring for a solitary game against the Knights in 2021.

- Joe is a product of the Bradford Bulls Academy and having left the club in 2017, he rejoined the club and spent two and a half years back as a Bull before his off season move to York.

- York City Knights play at the impressive LNER Community Stadium, which is also shared with York City Football Club and boasts a capacity of 8,500.

- The Bulls did the double over James Ford's Knights in 2021, a 37-18 win made it a successful homecoming to Odsal Stadium before a 36-18 victory at the LNER Community Stadium last August.