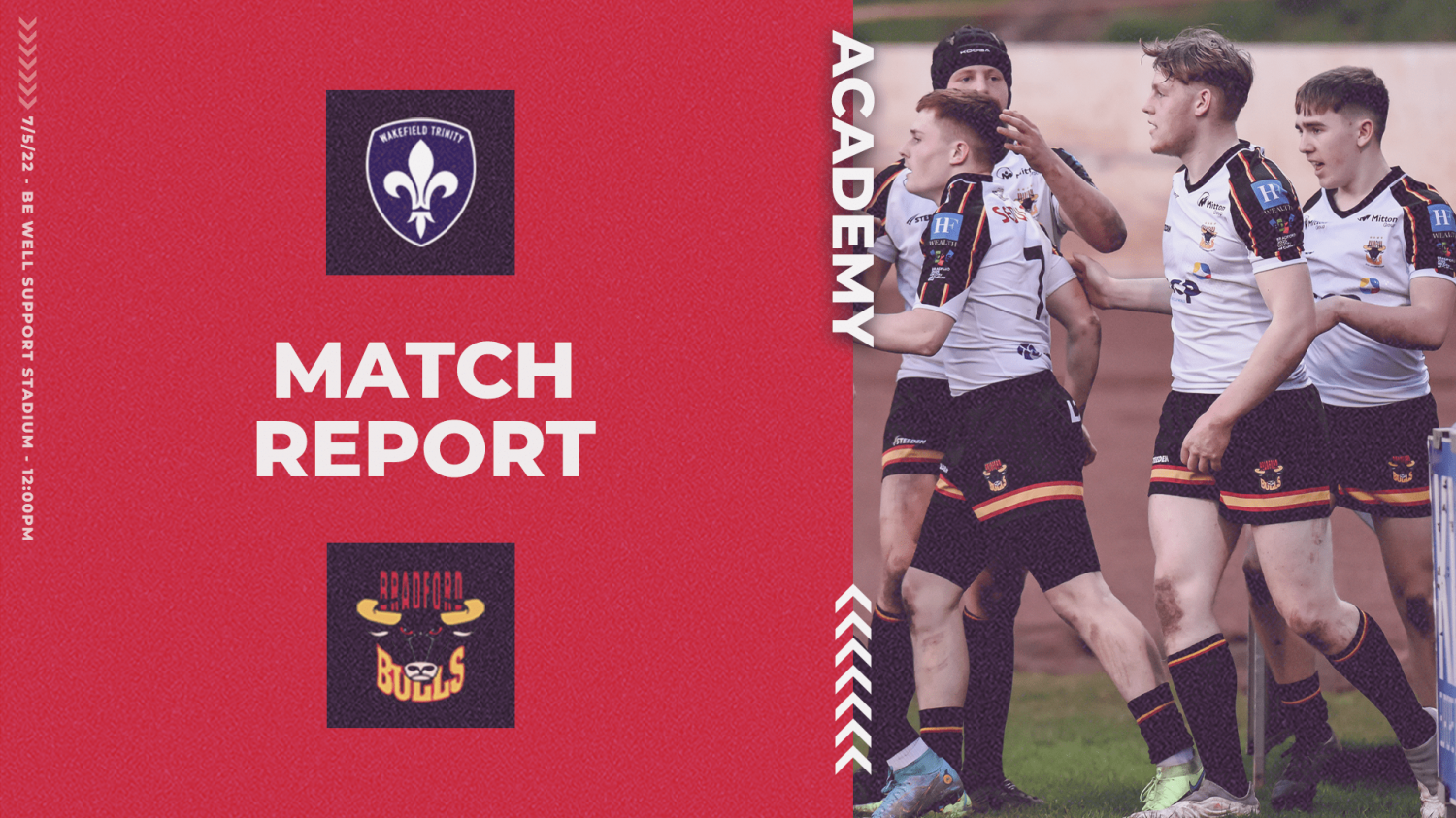 Bradford Bulls Academy secured a dramatic, late 30-28 victory over Wakefield Trinity at the Be Well Support Stadium on Saturday.

The Young Bulls dominated the opening quarter and after a sustained period of pressure, George Flanagan Jr broke the deadlock with a show and go near the Trinity line.

Following the restart, the lead was doubled and it was Flanagan Jr again - this time on the end of a break started by Harry Gray and Todd Horner on Bradford's right edge.

Eli Saul reduced the deficit for the home side before back-to-back Bradford scores handed Leigh Beattie's charges a healthy lead at the interval.

Jack Wilson, fresh on as a substitute, crashed over from close range before a fourth Bulls try saw them take a three score lead into the sheds.

The home side came racing out of the starting blocks following play's resumption and three tries in the third quarter brought them within two.

Sam Kavanagh went back-to-back before Jake Camplin and Ethan Wood took Trinity into their first lead of the contest.

But with just three minutes left, a lovely short ball from Myles Lawford put Flanagan Jr through a gap under the posts for his hat trick - and match winning - score.