BULLS TO FACE FAX AT THE BASH 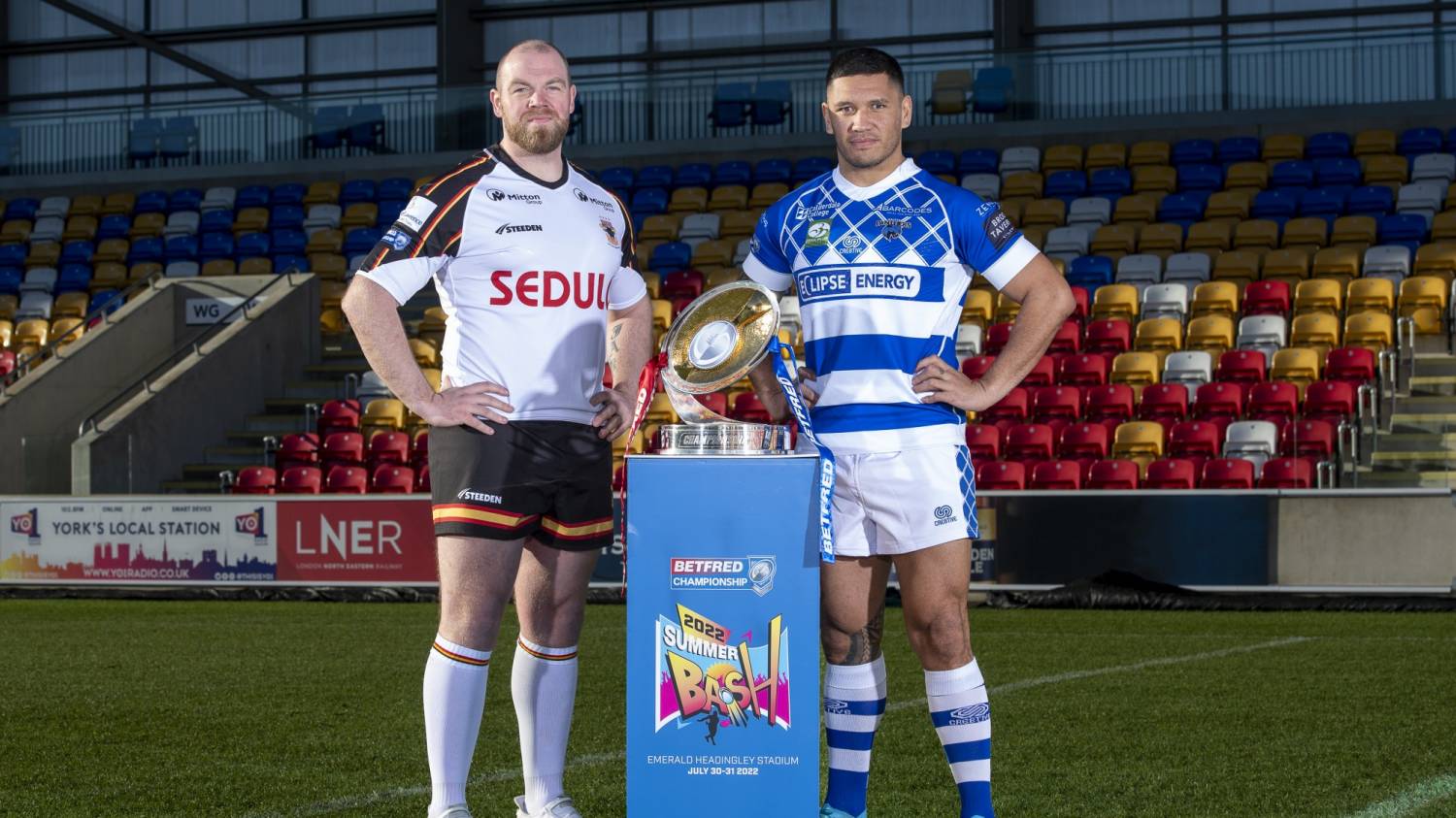 We are delighted to announce we will face Halifax Panthers at the 2022 Summer Bash - which will take place at Leeds Rhinos' Emerald Headingley Stadium!

The popular weekend extravaganza returns for the first time since 2019 - and John Kear's side renew rivalries with their neighbours on Saturday 30th July (kick-off: 5.15pm)!

Tickets go on sale on Monday morning at 9am with Day and Weekend ticket options available.  Season Ticket Holders of Championship teams can buy direct from their club and receive 50% off their ticket price, with a limited number of full price tickets also being available for central sales at Rugby League (rugby-league.com).

A full round of seven fixtures will be played across the weekend – a 27th round for the 2022 Betfred Championship season, in addition to the home and away programme, which adds an intriguing extra element to the battle for places in the top six Play-Offs which will determine promotion to the 2023 Betfred Super League.

The fixtures have been selected to build on rivalries – local, old or new – and to maximise the appeal of the weekend for supporters of the 14 clubs and for Rugby League neutrals, as a celebration of the quality of competition outside the Betfred Super League.

All three Cumbrian clubs will play in the Championship this season and they will all be involved on the Sunday (July 31) – with Barrow Raiders facing Widnes Vikings, before Whitehaven and Workington Town take their unique rivalry to Headingley for the first time.

The Sunday programme concludes with a meeting of two of the Championship’s most progressive clubs, as York City Knights face Newcastle Thunder.

West Yorkshire teams and supporters will be in a majority on Saturday July 30, although the action kicks off with Sheffield Eagles taking on London Broncos – the 1998 Challenge Cup winners against the 1999 runners-up.

Then Batley Bulldogs and Dewsbury Rams will maintain the one constant of the Summer Bash since it was introduced in 2015, as they meet for the sixth time with Dewsbury having won three of the previous five derbies at Bloomfield Road. The action ends with a heavyweight clash between Brian McDermott’s Featherstone Rovers, who have been beaten in each of the last two Championship Grand Finals, and Adrian Lam’s Leigh Centurions, aiming to bounce straight back following relegation from the Betfred Super League.

Mark Foster, the RFL’s Chief Commercial Officer, said: “It’s an exciting line-up of fixtures which will showcase the quality of the teams and players in the Betfred Championship, and Headingley Stadium will be a fitting stage.

“It’s a venue with so much Rugby League history, which will be familiar to supporters of all 14 clubs – but this may be a first opportunity for many to experience the superb redevelopments of recent years.

“We hope that Headingley’s convenient location for so many Rugby League supporters will also encourage fans of clubs from outside the Betfred Championship to come and watch the action.

“And for those unable to make it to the event, the weekend will be featured live on Premier Sports as part of our new partnership to showcase the Betfred Championship.

“It’s always an enjoyable weekend on and off the field – and although it will be slightly different in Leeds as opposed to Blackpool, we’re confident Rugby League fans will find plenty of ways to enjoy themselves.”

The 2022 Betfred Championship kicks off next Sunday (January 30), with six fixtures including Leigh Centurions hosting Whitehaven, and London Broncos playing Widnes Vikings in their first game at the Cherry Red Records Stadium, the home of AFC Wimbledon which will be their new base this season.