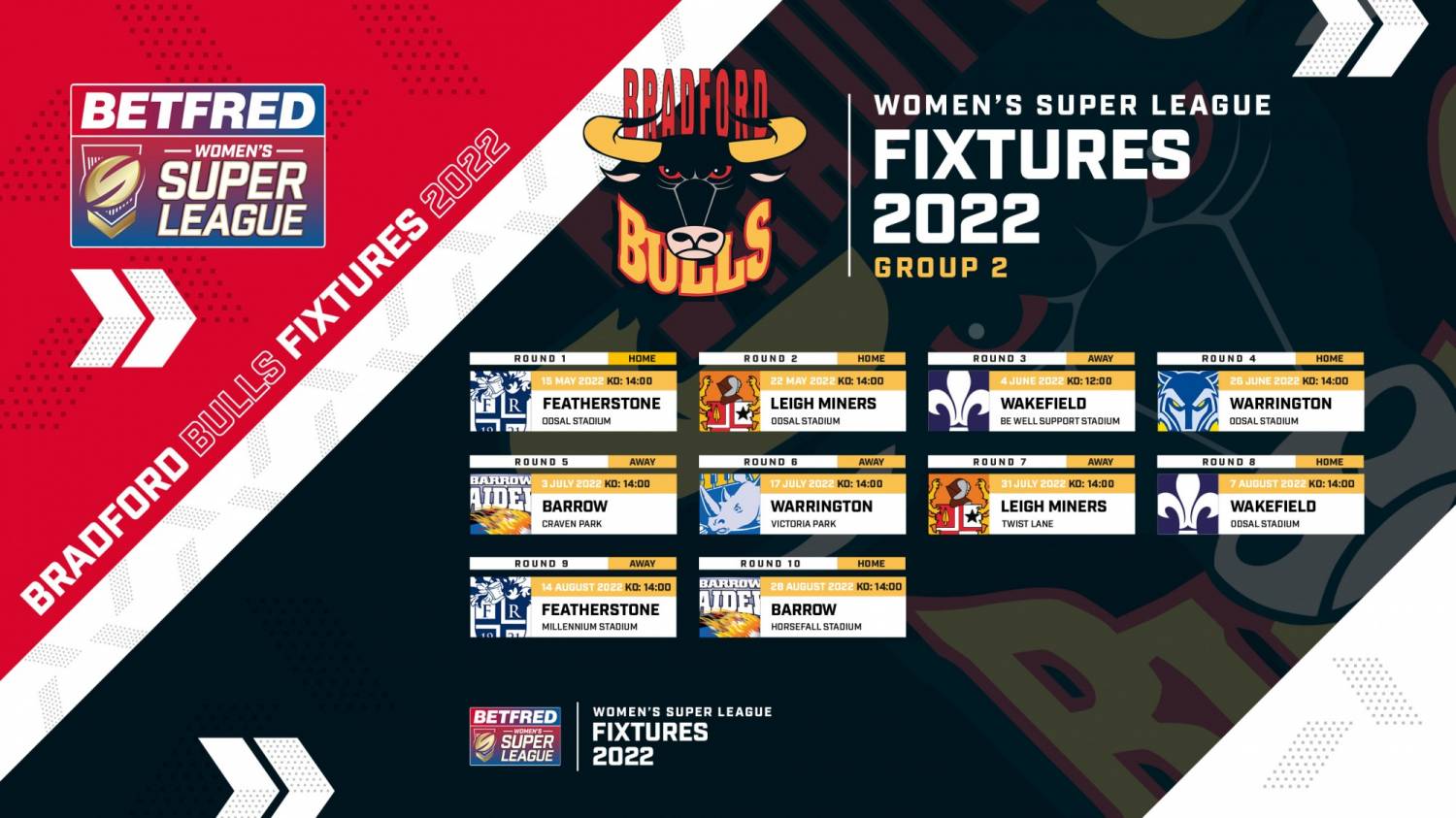 We can today reveal our Betfred Women's Super League fixtures for the 2022 season!

Round One sees Shaun Flynn's side host Featherstone Rovers - in a repeat of the 2017 Grand Final.

Trips to tackle new sides Leigh Miners Rangers Ladies and Barrow Raiders Ladies take place in July before a home fixture against the latter in Round 10.