HALL EAGER TO MAKE HIS MARK 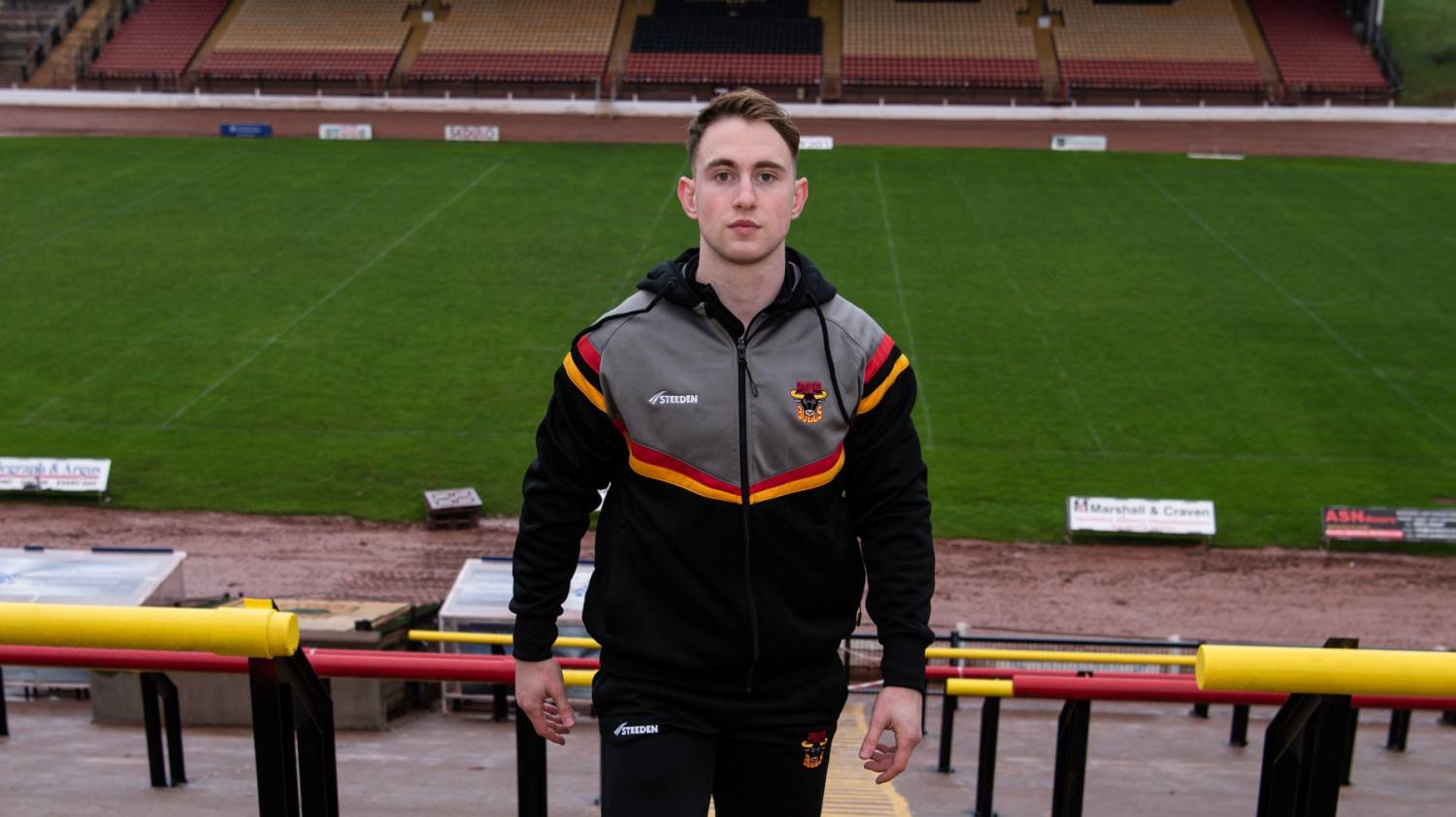 New recruit Elliot Hall admits he is eager to get going in Bradford colours and stake his claim for a starting jersey - ahead of a potential debut against Hull FC this Sunday!

"I am just eager to get out there - after the disappointed of Boxing Day being cancelled I have had to wait a few weeks longer to make my first run out for Bradford and I am chomping at the bit now," said Hall, who is sponsored by Stuart Readyhough @ Maclean and Co. Accountants.

"It has been a long time coming now and having seen the other lads play against Batley on Sunday it has only added to the excitement.

"There are competition for places across the board and that includes full-back - Elliot Kear is a quality, experienced player and Joe Burton is a very good young talent so I have to take my chances when they come and hopefully I can stake a claim this weekend.

"Sunday was a good hit out for the boys and we learned a lot about ourselves and how certain combinations worked so it was definitely a productive afternoon.

"We will look to take those lessons into Sunday now against a Hull FC side I am sure will be littered with talent across the park so it will be another really strong test for us as a group.

"But we feel pre-season has gone really well so far and now the start of the season is getting closer it is up to us to use these trial games to put our hand up for a jersey come round one."

Brough won the 2005 Challenge Cup - under Bradford boss John Kear - for Hull FC before going on to star for the likes of Wakefield Trinity, Castleford Tigers and Huddersfield Giants, with who he won the 2013 Man of Steel as part of a season that saw the Giants lift the League Leaders Shield.

The new recruit has spoken of Brough's legacy not only in rugby league, but at the Bulls as well.

"Unfortunately I never got to play with Danny but his record and achievements speak for themselves, he retires as a true legend of the sport," said Hall.

"A lot of the boys still talk about his influence here and he has clearly left a legacy during the short time he spent at the club.

"Sunday is a chance for us to celebrate his career against a side with who he enjoyed great success under John Kear - we are really looking forward to the challenge."

Buy your ticket now and SAVE on Matchday Admission prices.