TICKETS ON SALE FOR RHINOS CLASH 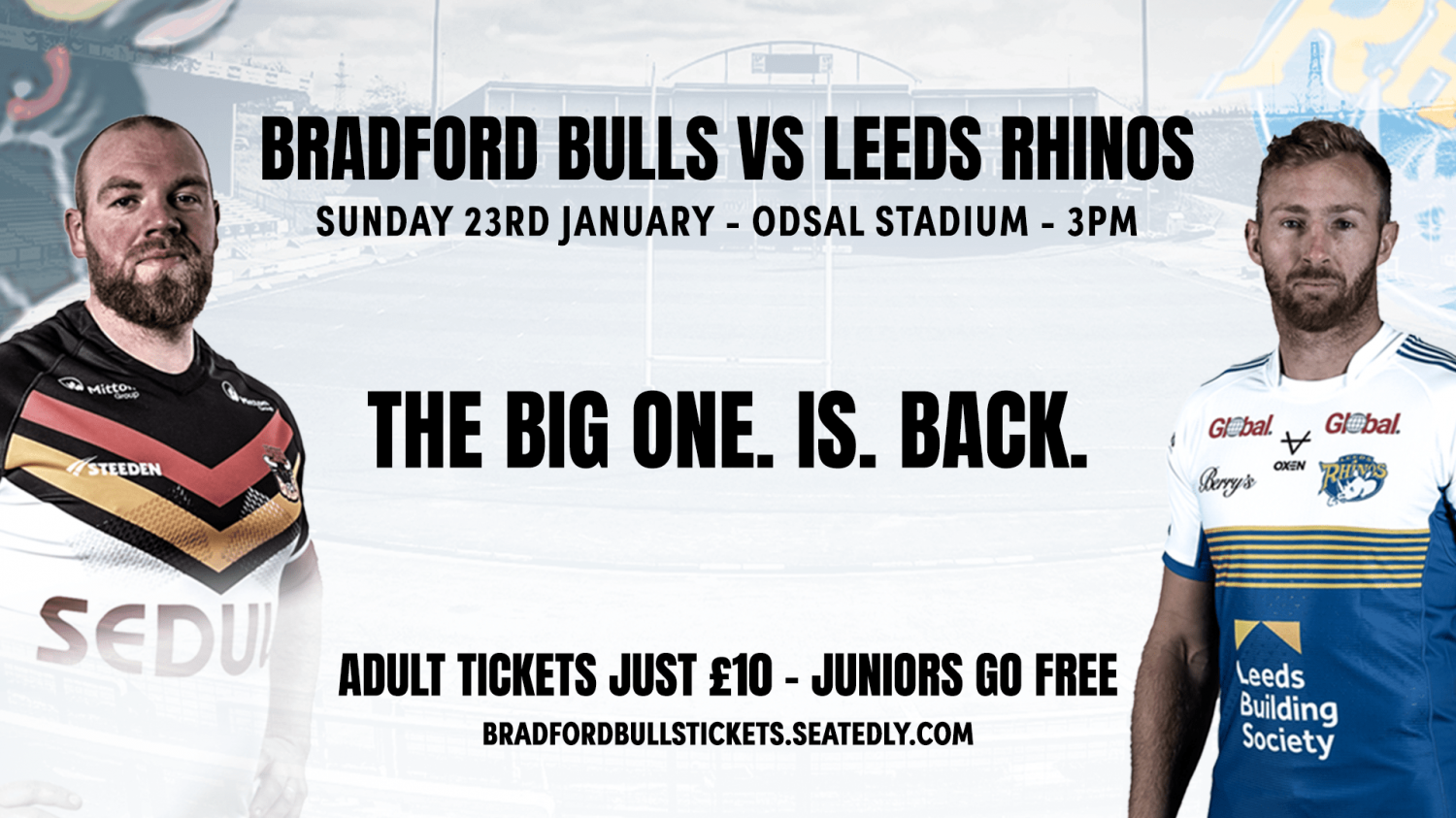 Tickets are on sale as Bradford Bulls and Leeds Rhinos prepare to lock horns in the latest chapter of an age-old rivalry - and Adult tickets cost ONLY £10!

The two sides have been embroiled in one of sport's famous rivalries since the start of the summer Super League era and have met twice in the last three years, with the shares spoiled across competitive and non-competitive action.

Richard Agar's side have been boosted by the off-season arrivals of Blake Austin, Aidan Sezer and David Fusitu'a and will look to field a strong team in their final outing before the start of the 2022 Betfred Super League season.

Agar was in charge the last time the Rhinos visited Odsal Stadium in 2019, where a crowd of over 10,000 saw one of the Challenge Cup's greatest upsets - with John Kear's charges turning over their fierce rivals.

A huge crowd is expected once more with tickets for anyone over the age of 17 ONLY £10 - with Juniors FREE as part of the club's continued commitment to engaging the younger generation.

Adult tickets cost £20 on the day so book now and SAVE!