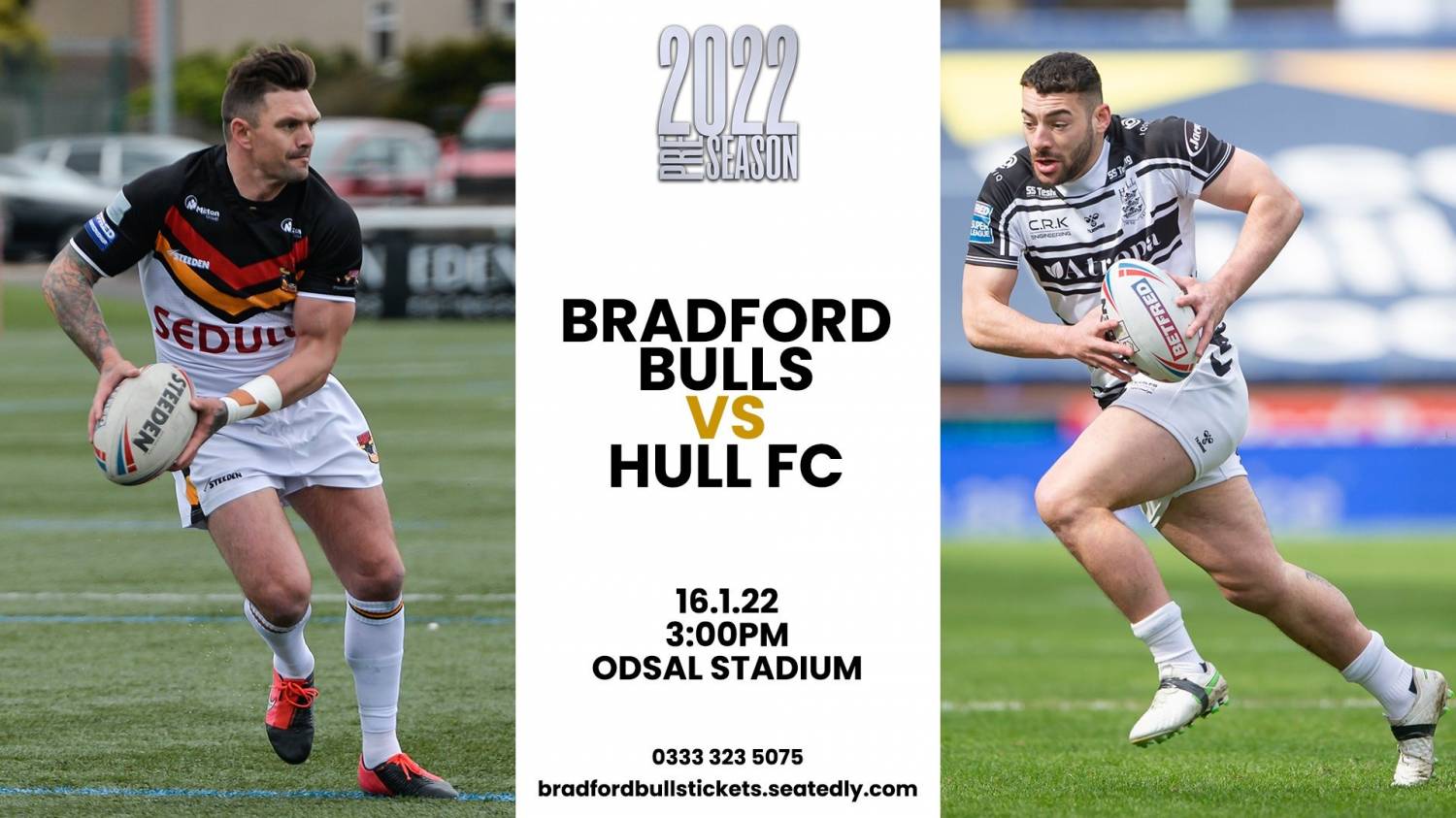 We are delighted to announce we will face Hull FC on Sunday 16th January to celebrate Danny Brough's stunning career where he featured for both clubs.

The 38-year-old sadly called time on his career due to medical advice at the end of the 2021 season to bring the curtain down on a 22-year association with Rugby League, which saw him become the joint fifth highest points scorer in the history of the sport.

Brough won the 2005 Challenge Cup - under Bradford boss John Kear - for Hull FC before going on to star for the likes of Wakefield Trinity, Castleford Tigers and Huddersfield Giants, with who he won the 2013 Man of Steel as part of a season that saw the Giants lift the League Leaders Shield.

The Scottish international penned a deal to join the Bulls for the 2021 season, leading the side into their first play-off berth for six years.

“We would like to thank him for what he has done, we did not get to see the best of Danny which is unfortunate and the reasons for that are well documented in forcing his retirement on medical grounds but I would personally like to say thank you.

“I am sure the club would like to as well, I am sure Bradford fans and Rugby League fans in general will wish Danny well and hope he has an illustrious future in front of him.”

Tickets for the fixture are now on sale - with Adult/Concession/Young Adult tickets costing £15, with Juniors FREE of charge.

Hospitality is also available for £40pp.