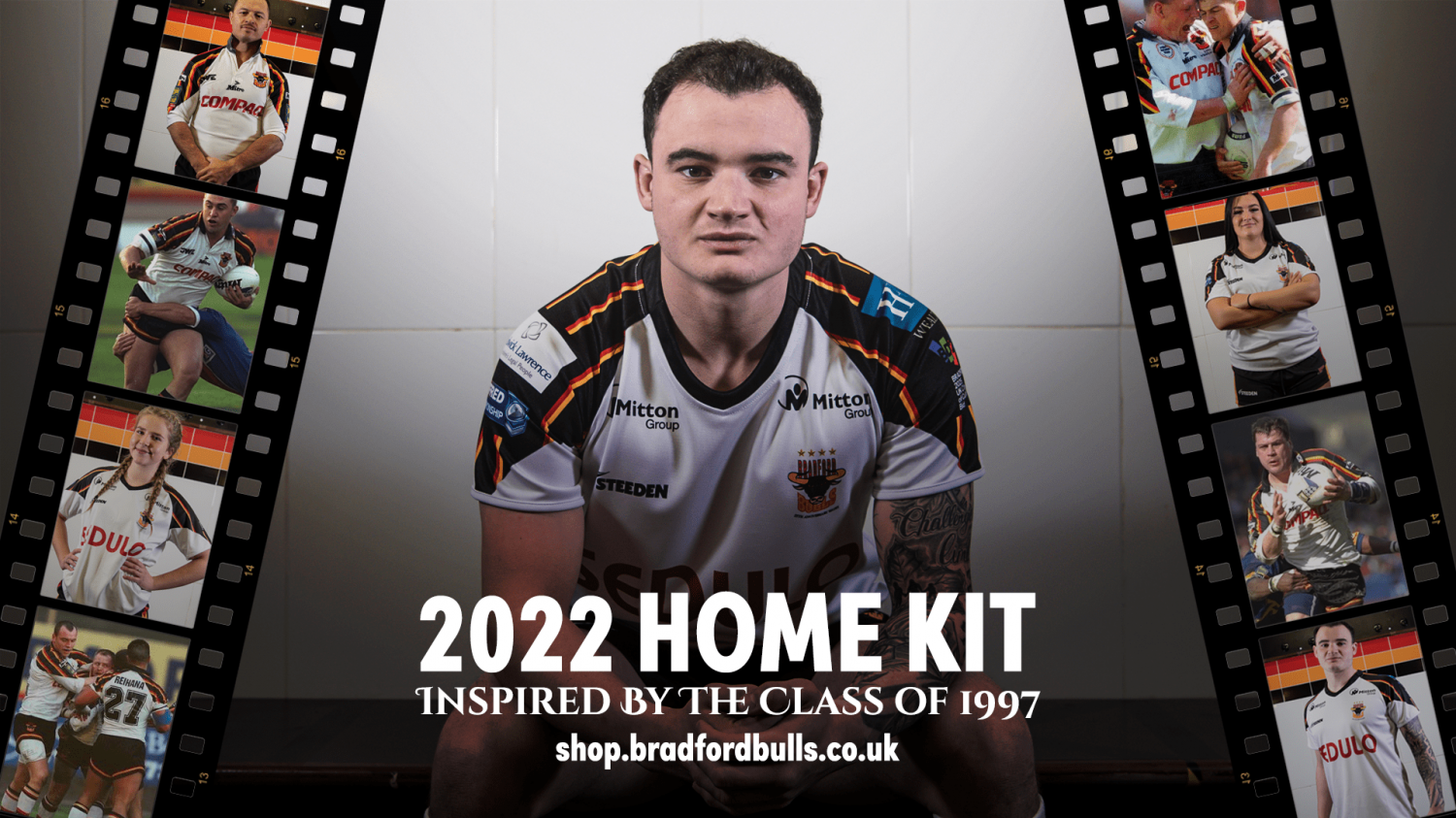 We are delighted to unveil our stunning 2022 Home Kit - which celebrates the 25th anniversary of the club's maiden Super League triumph in 1997!

The design is inspired by the kit worn during that year by the likes of Robbie Hunter-Paul, Stuart Spruce and Steve McNamara as Matthew Elliot's side romped to its first Super League triumph, sparking an era of dominance in the modern era.

A white body with black sleeves - decorated with red and amber stripes - the iconic design also sees the introduction of a special logo, which celebrates the 25th anniversary which led the four Super League titles, which are represented by stars above the famous Bradford Bulls logo.

Shirts will go on General Sale - in-store and online - from 10am tomorrow.