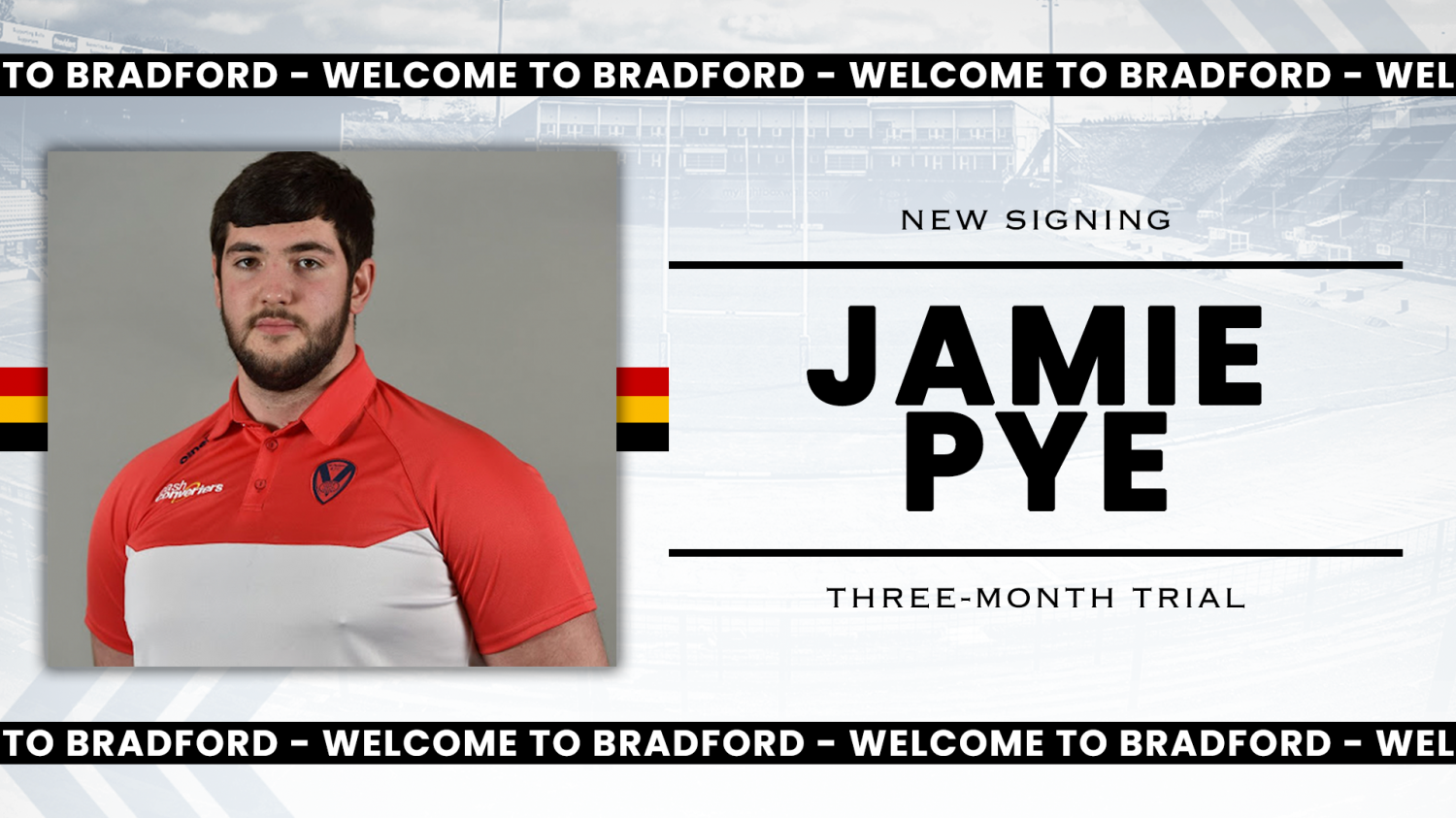 Bradford Bulls are delighted to announce powerful young forward Jamie Pye will join the club on a three-month trial from St Helens!

The youngster, who operates as a middle, was part of the St Helens Academy side that reached the Grand Final and joins with potential to securing a permanent stay with the club.

Pye has also featured regularly for Lancashire Academy in the Origin series and Bradford boss John Kear has liked what he has seen - insisting he will get opportunities to earn a contract in the coming weeks and months.

"He is a big kid, his last season was ruined by injury and of course the Covid factor as well so it has been a couple of years where he hasn't donned boots in anger," said Kear, who is sponsored by Bradford Bulls Banter.

"He put a marker down against him and was equally as good so based upon that we have brought him in, we will have a good look at him in pre season, we will trial him in some of the games and he has reserves games too where he can endeavour to earn a contract."

The fixtures for the 2022 season have now been revealed and you can watch the action unfold with a 2022 Season Ticket!