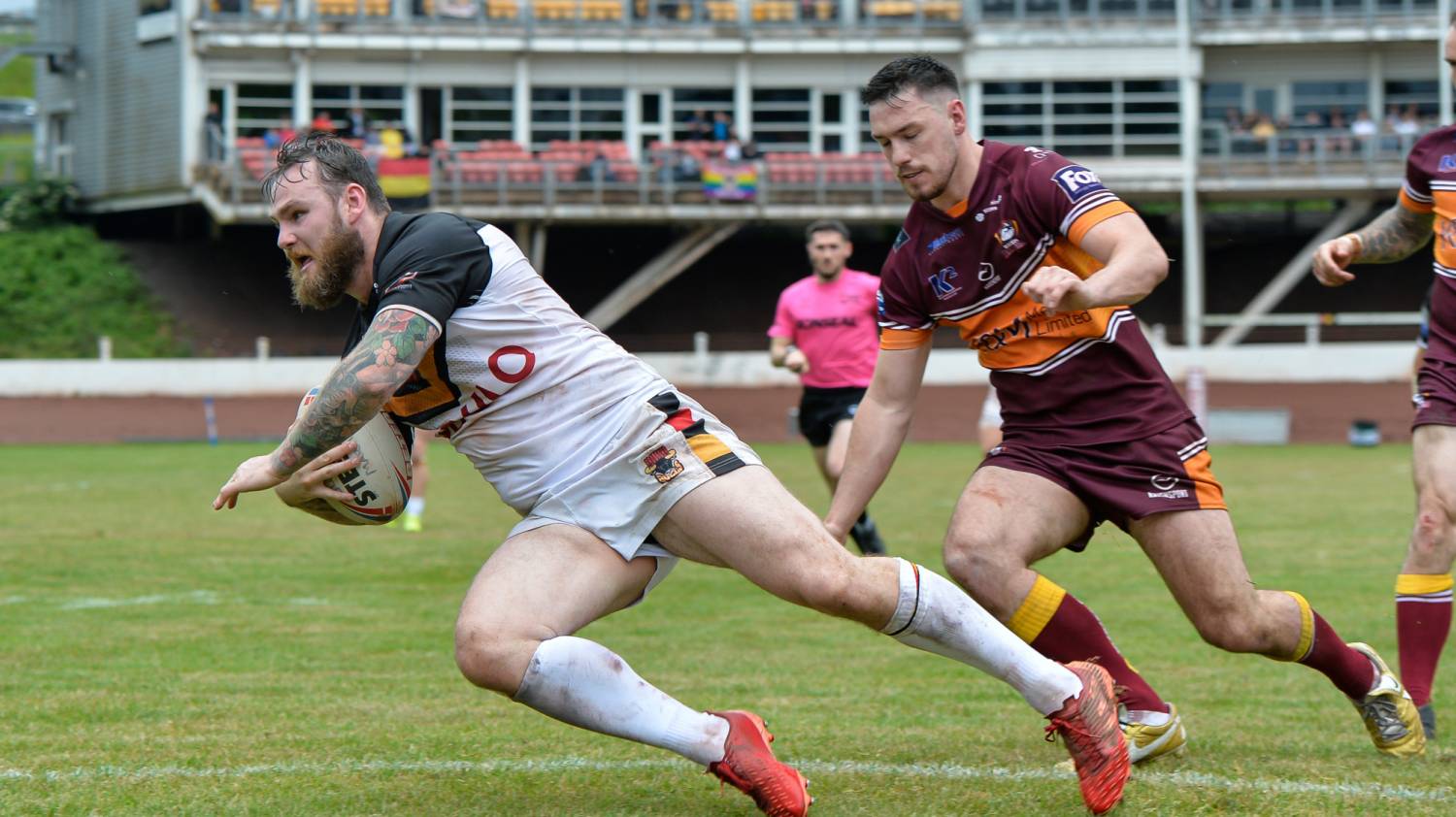 BRADFORD Bulls moved up to third place in the Betfred Championship with a 30-16 victory over a stubborn Batley Bulldogs side this afternoon.

The returning Joe Keyes slotted an early penalty before Thomas Doyle and Joe Brown dived over for scores.

A rampant Bradford continued to put Batley under the pump and Brad England got the try his performance deserved – with youngster Joe Burton getting his first professional try soon after.

Ben White reduced the arrears for the Bulldogs early in the second stanza before an opportunistic effort from Ben Evans re-established the Bulls’ advantage.

Elliot Hall and Lucas Walshaw grabbed consolation scores late on for Batley but John Kear’s side held firm for an eighth win of the season.

Kear reshuffled his pack after last week’s defeat to Widnes, bringing loanee Keyes back into the fold, with hooker Doyle also returning to the line-up.

Two early penalties allowed Bradford to enter Batley’s half, with the second leading to Keyes kicking from the tee to bring Bradford onto the board.

A quickfire double then followed, the first from Doyle as he burrowed his way over, then a familiar passage of play as Brandon Pickersgill found Brown and he went over in the corner.

England then added to a sensational first half, barging over after being brought back into the starting line-up.

A special moment for young Burton as he took a long ball from Lilley to score his first try in senior rugby.

After the break, Batley got themselves on the board through White as he wriggled his way over to score, before Evans restored the lengthy Bradford advantage.

The towering prop stripped the ball to race away and score next to the posts.

Before the hooter, Batley found themselves over the Bradford line twice, through Walshaw and Hall but it wasn’t to be enough.