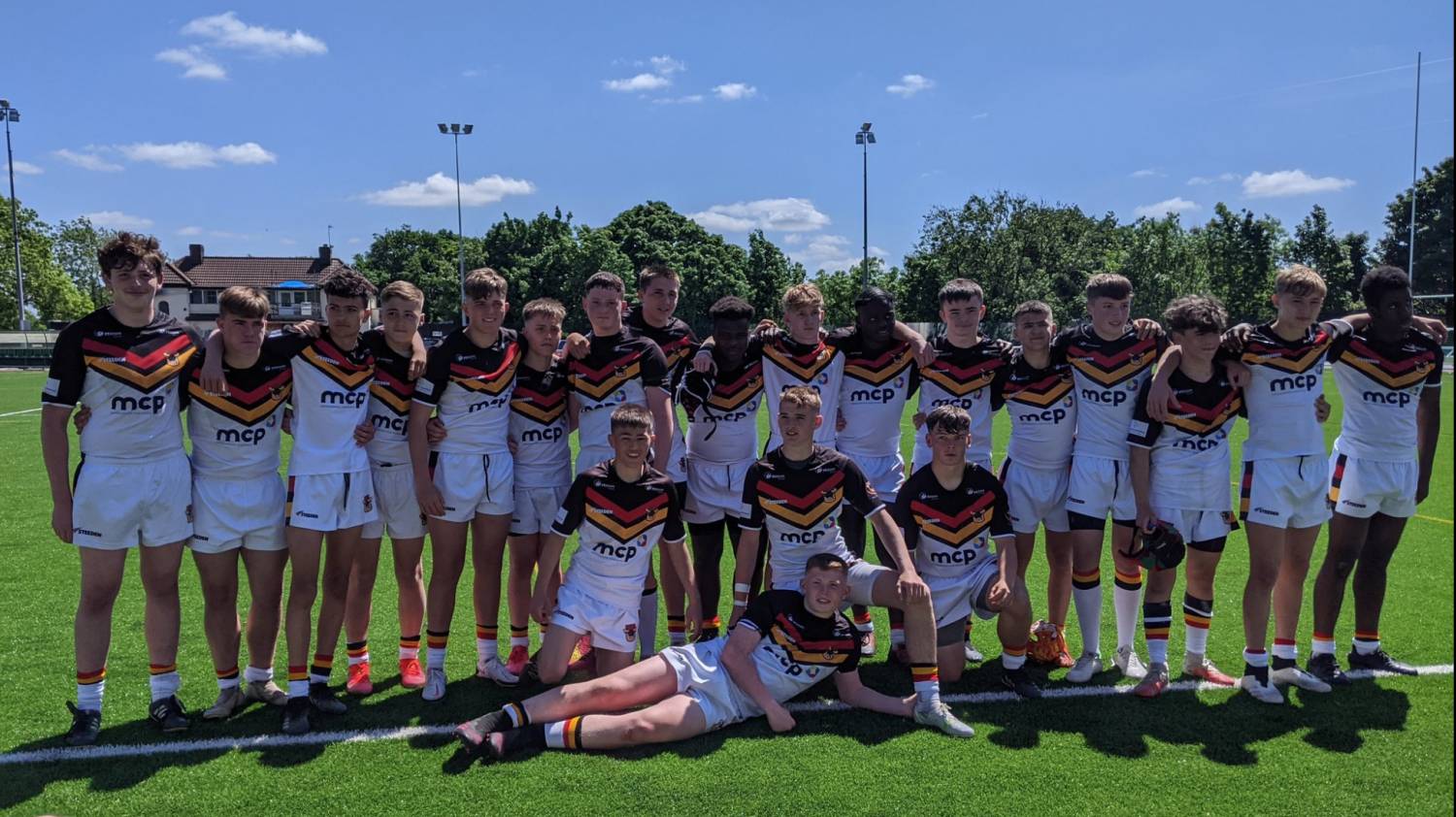 BRADFORD Bulls Scholarship side made it back-to-back wins in an entertaining clash with London Broncos on Saturday afternoon – emerging 32–24 victors!

George Flanagan Junior opened the scoring for the home side, wrestling his way past three London defenders to ground the ball under pressure.

The visitors hit back but as the half wore on, Joel Lincoln touched down following a slick attacking move through hands on the left edge.

Flanagan added to his earlier effort just shy of the half-time hooter, throwing a dummy and stepping through the resulting gap in the Broncos defence.

Flanagan turned provider after the break, feeding wingman Connor Sayner to touch down with the home side playing with confidence.

The Young Bulls went back-to-back when a high, hanging kick caused all sorts of confusion and Cobie Wanhouse pounced on the loose ball to touch down.

London hit back soon after but Ryan Hunkin’s side did not waste any time getting back over the visiting try line.

Another lovely passing move between hands saw Sayner go over for his second in the corner.

London went back-to-back as they looked to steal the spoils late on but the home side went over to secure the victory.

With seconds left on the clock, Sam Ackroyd stepped his way past the Broncos defence before an outstretched arm saw him plant the ball down near the posts to cap off an impressive performance for the Scholarship side.