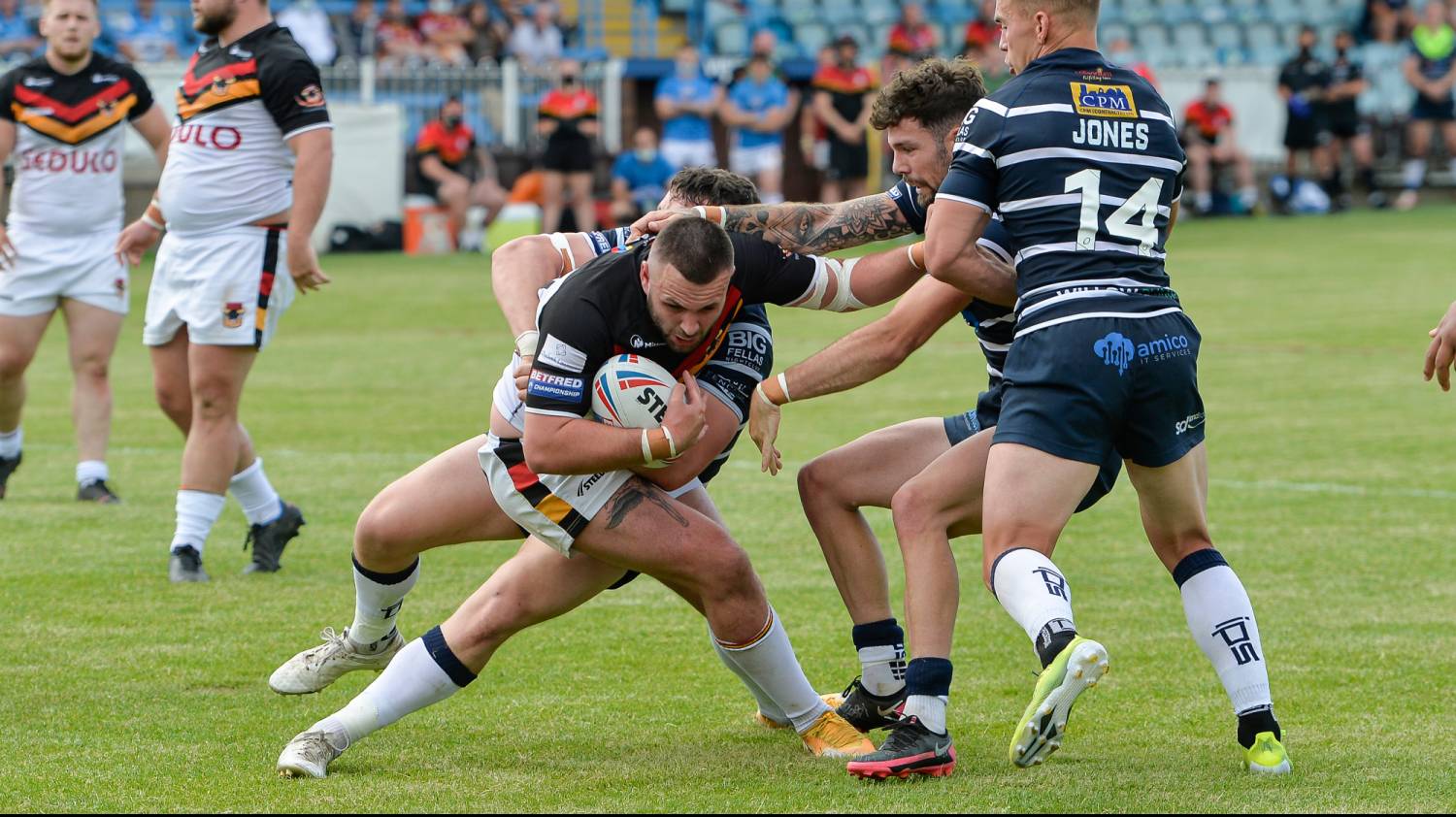 BRADFORD Bulls lost out to Featherstone Rovers on a disappointing afternoon at the Millennium Stadium that saw both Ben Evans and Ebon Scurr pick up injuries.

Featherstone started fast and went over for their first try of the game through Connor Jones before back-to-back scores from Craig Hall and Gareth Gale.

Will Dagger and Thomas Minns then touched down with the home side rampant in a difficult opening fourty.

After the break, the improvement showed but Featherstone showed their class, as Holmes, Parata and Field all crossed to lift the Peter Fox Memorial Trophy in front of the late, great's family.

John Kear reshuffled his pack following the injury to Danny Brough and Reece Hamlett was handed his first start since the Sheffield opener.

Bradford were awarded early field position but couldn’t make it count and Featherstone broke and touched down, Jones scoring.

They went back-to-back soon after, with another break undoing Bradford, with Gale scoring in the corner.

Featherstone would then score again, as on the last, Dagger found a gap to race underneath the posts.

Minns wrapped up the scoring in the first half for Featherstone, breaking through the Bradford defence and sealing a half to forget.

Featherstone continued in ruthless form after the interval, with Holmes supporting a break to score, pushing their lead out further.

In the closing stages, there was time for two more tries for the home side with Parata and Field crossing underneath the posts.