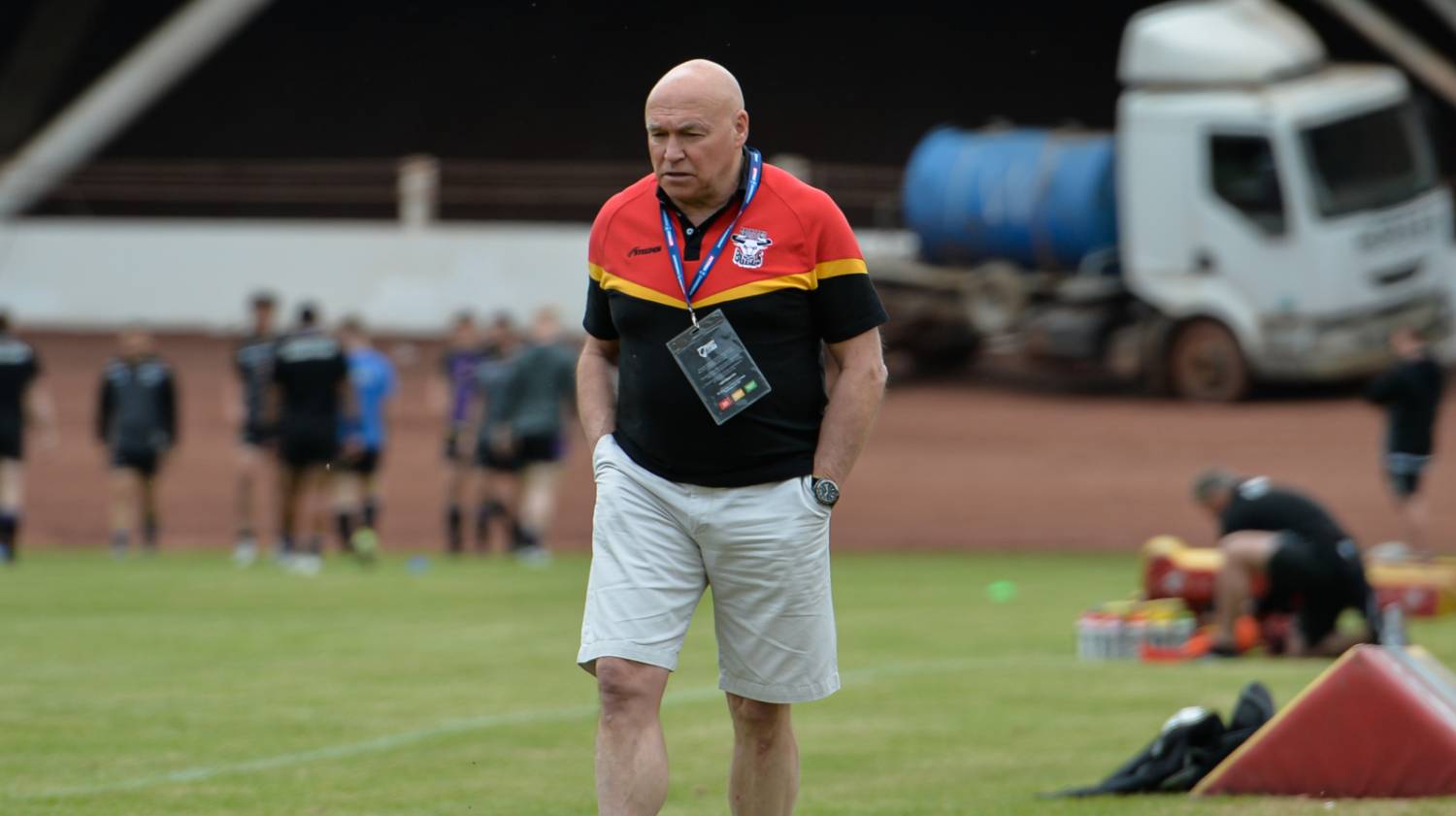 JOHN Kear insists he is relishing the challenge of Sunday’s trip to tackle Featherstone Rovers – as his side look to build on their impressive recent form.

Reece Hamlett has been recalled from his loan spell with Swinton Lions as Kear’s charges head into Sunday’s clash on the back of seven successive wins.

The Bradford boss is well aware of the task awaiting his troops – but believes his side is ‘evolving’.

“It will be a really tough game – they have some quality individuals who mould into a quality team and we know we are going into the bear pit,” said Kear, who is sponsored by Bradford Bulls Banter.

“It will be very difficult to go get a result but all our endeavours will be to go there and get the points – my side is in a pretty good place and we are evolving as a group and as a team.

“We have a had a set back with Danny’s injury and the loan recalls but some of the players who have been kicking their heels now have their opportunity.

“Now is their time to send the message out that they are here to earn their place in the side and I will be delighted if they do that.

“Since that game in March, Featherstone were in red hot form that day but we will have caught up since, acknowledging the challenge that they will have further developed too.

“I am just looking forward to this game, these are the games we should be relishing and that is what we will do.”